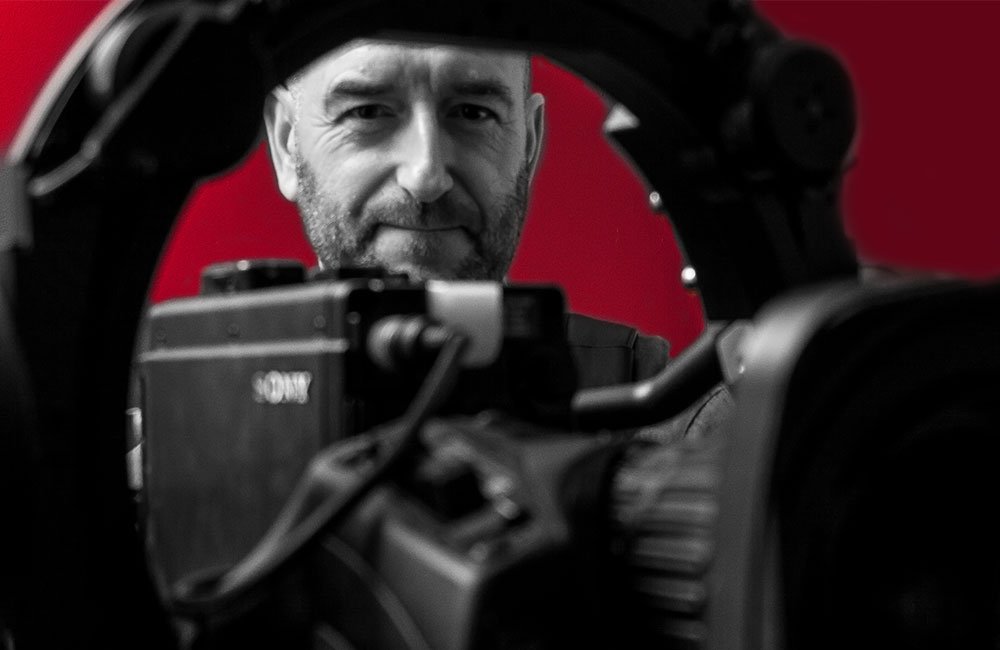 Winner of the Guild of Television TICA Award 2014

Thoughts of Television as a career started for me when I was 14 during the Falklands war. It was the early days of war reporting and Brian Hanrahan was staring out of my tv on the evening news from Port Stanley and that got me thinking there’s a cameraman and a sound guy there too and that was it for me…I was lucky to live in Camden Town with a mini media village on my doorstep, 3 stills photographers, TV designers and directors all lived within the small terrace of Victorian cottages combined with an Irish Pub on every corner in the early 80’s how could I go wrong…

I managed to land a trainee camera operators job at HTV after two unsuccessful attempts at the engineering based BBC training interviews and a year as a freelance assistant at Limehouse TV in Canary Wharf when I was 18.

So I swapped the yoof programming of Janet St Porter on Ch 4’s Network 7 for Lost Railway Lines documentaries and Pobol y Cwm in the Studio complexes in Cardiff.

I returned to Limehouse post Canary Wharf at what was Fountain Studios for a 18 months before hitting the Freelance market early in 1991.

Optex was the next stop for a steadicam course and it became obvious that I would not be any good unless I could get my hands on a rig on a regular basis. This opportunity arrived when I took a call for a 8 week shoot on My Kind of People shooting steadicam every day with David G Croft.

At that time Steadicam was rarely used in a studio environment but with the advent of flexible triax cables and later wireless technology it has become a staple and very flexible tool for any shoot.

After almost 24 years in the vest I’m still looking to push the envelope…from flying on a wire on the London Olympic’s Opening Ceremony to running flat out with Jon Culshaw on Comic Relief…looking forward to the next 20 years.

Feel free to give me a call or message me here.